An Atlantic City casino has filed a federal lawsuit against poker star Phil Ivey claiming the American won $9.6 million in a card-cheating scheme in baccarat. The Borgata Hotel Casino & Spa has alleged Ivey and an associate took advantage of a fault with cards made by Gemaco Inc. in order to sort and arrange good cards in games of baccarat. The casino has accused the nine-time World Series of Poker champion used the technique on four occasions to exploit the casino between April and October of 2012.

Ivey and his associate have been accused of using a technique called ‘edge sorting’, which would have violated New Jersey’s gambling regulations, and the body’s vice president, Joe Lupo, refused to comment on the matter when approached. The lawsuit claims the Gemaco-made cards were faulty due to the fact the pattern on the back of the cards wasn’t uniformed. The cards have rows of small white circles, but the Borgata claims some of them were only a half circles or a quarter of one. 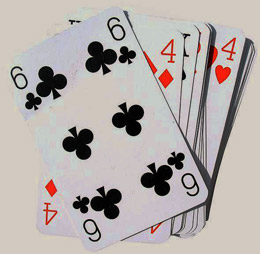 The lawsuit claims that Ivey and his accomplice instructed a dealer to deal cards in particular ways, depending on whether it was a winning card in baccarat, ie the numbers 6, 7, 8 and 9 – all considered strong cards in baccarat. Unwanted cards would be flipped in different directions, resulting in the good cards being arranged in a specific manner that allowed Ivey to see when the right cards came out of the dealer’s chute. The lawsuit claims Ivey wanted the cards shuffled by an automatic shuffling machine, ensuring the order of the cards wouldn’t be altered during the game.

The card manufacturer, Gemaco, is also facing another lawsuit from a second Atlantic City casino, the Golden Nugget, who claimed the manufactures provided un-shuffled cards that resulted in gamblers walking away with $1.5 million from the casino. Gemaco did not respond to questions relating to either lawsuit.

Ivey faces another similar lawsuit following accusations by the Malaysian-based Genting Group, who have alleged the 38-year old and an associate cheated at baccarat to the tune of $12 million worth of winnings, in a case Ivey has flatly refused having any misconduct in, although the poker star hasn’t commented on this latest lawsuit.

Ivey has long admitted to being an ‘edge player’ and someone who manages to shift odds into his favour without cheating, simply by finding an edge in the game, but he has always maintained never dishonestly. Ivey's Twitter account retweeted a link to an article explaining why his actions shouldn’t be misinterpreted as cheating, instead claiming wasn’t Ivey or his associate who marked the cards and that simply misrepresenting the motive shouldn’t be classed as cheating.

Ivey has established himself as one of poker’s biggest names during a career that has seen him win nine World Championship bracelets and many millions of dollars in winnings. But it has been baccarat where the American has won the biggest money while at the same time sitting on the end of a number of accusations relating to cheating.