Novomatic casino success in the Balkan

Novomatic has been able to use its position as one of the top iGaming companies in the world to make positive strides in the Balkans. This has come after it achieved great success with the Book of Ra video slot and other fantastic video slots it has released. So, what exactly has it done in the Balkans to be such a great success?

Combining land based and online casinos 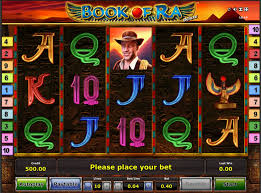 Novomatic has long been known for land based casinos. It used this success in order to springboard into the online casino world. In the Balkans it operates a number of land based casinos, with one in particular based in Macedonia that has allowed it to grab an important foothold in the region. Not only does it cater for Macedonian players but it also allows players in bordering Greece to come over the border and play at the casino. This means the casino operates in a dual fashion and helps to keep Novomatic near to the top of the iGaming pyramid in the Balkan region. It also operates within Bosnia-Herzegovina, Croatia, Montenegro and Serbia. All of these regions together make up a lot of the Balkan states and gives Novomatic a large coverage of the regulated market.

What Novomatic is supposed to have done within the region, Bosnia-Herzegovina in particular, is to lobby the government to allow them to be the only partner to the company that signed an exclusive deal to operate within the country. This means that the company will have a near monopoly in the Bosnia-Herzegovina which will lead to near complete market coverage. It will allow for the video slot titles that are created by Novomatic, such as Book of Ra, to become the dominant games in the region.

Of course, Novomatic has denied these accusations. The company has stated that it didn’t lobby for the position nor did it make any donations, either legal or illegal. What Novomatic has through this deal is a contract to provide more than 1,000 video slots to casinos within the country which it will take 40% as its cut of the profits. This is expected to be a large increase to the revenue stream available to the company and could see further expansions into other Balkan countries take place in the future. The political liaisons that Novomatic have in place should help to facilitate any future moves.